Taking a bull by the horns.

Ed wrote:Personally I would make up a simple one-piece system, even if a bit short, to use when you are learning.

I agree with that, but I also think that now is the time to make that stuff: otherwise it would be hard to get round to it. But when the full restore is done then make a short tiller, a short boom from whatever bit of tube is handy, and a conventional extension for getting to grips with the boat...
Top

After all the work it is certainly not my plan to use the fragile stuff until I've accumulated a few miles, but an additional problem is that I have a long boom and the fittings are set up for stern (transom) sheeting.

So this is my Plan 'B' for learning. I do have a second Rudder cassette, though it will need adjustment and is presently set up on a single tiller, for a Short boom (which I also have.)

Other things to think about for the future is that I have both an (original) over-rotating rig, and also a fixed spreader mast (from the previous owners 2nd (Scrapped) IC K111.) The mast foot fittings are different and I presently am set up with a rotating foot. The Male fitting is on the mast foot which will make it easier if I want to change the masts over, as I can simply put a conventional fixed foot fitting over the top of the rotating fitting in the hog in the manner of a chastity belt.

I have to admit one of my most exiting memories of the IC was when they held their Worlds at Hayling Island @ 1972/3. I was sailing in Itchenor Junior fortnight in a reduced rig Firefly, and these fabulous boats would whizz past us, silently cutting through the chop save for the hiss of spray put up by the leeward cowhorn, trailing out behind like the legs of those long bodied wasps you see flying around on the French Riviera.

In the end, you are going to have to sail her and make your own mind up about what is easier.....

The range of ICs are as wide as the range of sailing styles of those who sail them.

I am afraid, I am not sure if what you propose in plan B will be much easier and it all depends on a bundle of things, like the length of extension, how you end up tacking, etc etc.

I admit I have limited experience, based on what I learned with the Holt IC Conquest and I have never used a full set of bullhorn extensions, so take these as merely thoughts.

Nearly all these problems are caused in the first instance by the rear sheeting. Go to centre sheeting and it is all much easier.....but I understand you want to stick with the stern sheeting - I would too. So the issue is, how do you handle a long tiller extension with stern sheeting. Answer you have two tillers. Yes, but this gives twice as many things to get caught around the sheets, sit on, catch etc etc. This is why I suspect the cow-horn really works: A) because both are attached to each other, the unused one is held in tight and second it is long enough to avoid the end being caught in the rear falls. But still any double extension system doubles the complexity and doubles the failure points. If you must keep two independent extensions, I would attach them like a Oz skiff, each with a normal rubber uj to each side of the tiller.

But, for my money, I would start with something much simpler. Just a normal single extension, that is just short enough to go under the boom (with sail released). This will be just long enough for you to sit in a pussy-hike, with your feet on the side of boat. This is so much simpler for your first sails when believe me, you will have other things to think about.

This system has one big advantage, or to put it another way, dual extensions have one big disadvantage; when tacking, you have to turn aft and get back to the short tiller, to grab the other extension. This is a couple of seconds, in the middle of your tack/gybe looking in the wrong direction, unable to easily balance the boat, most probably on your knees, with the falls hitting you in the face. As the other extension is dragging behind the tiller, you have to either grab the the closest few inches to the tiller, which with no leverage will be tight, or lean further aft to get a better grip on it. Meanwhile you have brought your weight aft which, if there is any wind, will effectively stop the boats momentum through the wind and you will be either thrown back onto first tack or into irons. You now have to return to the aft-deck and again try grab the other extension, but by now find you are stuck well in irons and in a state of amazement at just how fast you can go backwards. Finally the reverse speed will throw you onto one tack or the other and if luck is with you, the correct tack for the way you are sitting and the extension you are holding....with relief you will pull in the sheet to find that whilst you were fighting the extensions, the sheet had been pulled out to the knot by the falls dragging in the water and have now wrapped themselves around the other extension. Pulling in the sheet is now steering you as well, but everything is tangled. If you are lucky, it will be just a swim, but I used to take at least two spare extensions with me to sail conquest.

Compare this to: with a normal extension (albeit shorter) you just start the tack, sit or kneel in the middle of boat, let the sheet out enough for the boom to clear the extension, spin around flick the extension under the boom and off you go. Vision stays mainly forwards and weight stays nicely forwards too. Both will make your early tacks, so much easier.

But that's just me. What do other canoe sailors think? Jim, Neil, John, Stu etc?

Michael Brigg wrote: an additional problem is that I have a long boom and the fittings are set up for stern (transom) sheeting.

You don't need many fittings on the boat for centre sheeting. Now OK, I'm not conventional in my fitout as I use off the boom sheeting, but the sum total of "fittings" on my hull for centre sheeting are two holes in the bottom of the seat carriage.

The ends of a fixed bridle are threaded through the holes and knotted off to length. There's a block and becket on the end of the bridle, and a single block and a ratchet block on the boom. The tail of the mainsheet ends up pulled through the shacle on the bridle with a stop knot so it can't get lost.

I would set her up like that for initial sailing, with a short boom made from whatever tin spar mast is liberable from your club junk heap and your short tiller with a single extension.
Last edited by JimC on Sun Nov 01, 2015 4:16 pm, edited 1 time in total.
Top

Evolution.... tends to suggest that single extension, short boom, and all the sheet to the carriage is the easiest way. Your IC though, is a time warp, and that has value too!

If I could , I would have two booms, one short in the modern style, so that I could learn to sail it. Meanwhile, the bulls-horns perhaps have more wisdom/evolution in them than meets the eye = the single piece would make it much easier to find the new extension mid tack, as you could probably just slide your hand along from one to the other. The trailing system that you suggest as plan B would not provide that. And the bull horns would help to keep the extensions out of the water - reducing drag and the chances of tangles. So my second boom to move on to later, would be as the boat was built (long, stern sheeting).
j./

This is such an interesting topic with so much great input. Could I suggest Jim C posts a link to the IC website(s)?
Top

Only had experience of one IC with rear sheeting as the other 3 had centre sheeting.

Rannoch came with two short extensions. I made two discs of Tufnol and sandwiched the extensions between the discs. This meant that there was limites vertical movement, but the friction meant the extensions were always at hand. The trick is to sail the boat flat so the leeward extension doesn't catch. The boats of the 40s has short extensions, the cow horns were a later development. Having to spoken to those who used them at the time they were grateful to move on from them.
IC: K26
Harrier +: 2

neil wrote:Having to spoken to those who used them at the time they were grateful to move on from them.

Tont Marston, who's credited as being the key figure in the move to centre mains, is still very active in the class...
Top

It is interesting to see how vehemently opposed the cognoscenti here are to the idea of double tillers. It suggests to me that some of my misgivings about them are well founded, but in the interest of authenticity.(not to mention recreation of my juvenile dreams) I am determined still to have at least one set to use on special days. in addition to the (literally ) moth eaten originals.

The Kanji on the yoke spell out a notice to which I should take heed... 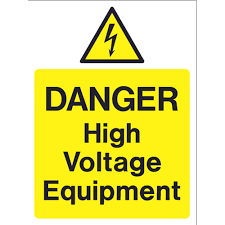 My new re-make has a yoke similar to Mt Fuji, and in respect to that I thought my own warning might read...

The concept of sailing a boat that has idiosyncratic features rather appeals however. Like my thoughts on Crufts , and why people own dogs like Pugs or British Bulldogs (or Chihuahua's.)

It is the faults that make them loveable,

...or exiting;... I would far rather own the Number plate BMT 216A than one that is easy to remember like AAA 111 A. A previous member of this forum assures me that the former, for all its desirability has little to recommend it in the handling / easy to drive stakes!

Michael Brigg wrote: I am determined still to have at least one set to use on special days. in addition to the (literally ) moth eaten originals.

Am completely in agreement with you, but particularly suggest you don't get them out until you're reasonably confident manouvering the boat with a standard setup.
Top

Michael - you have a PM from me