It being that time of the year we have to decide which of our loves will be in the picture on the mantelpiece this year. It is clear I already have an easy choice, as I never stop talking about the Torment I am going through and the hope I have to step out with this boat this year...

But I confess I am fickle!

I lie awake on occasions hoping I might one day own a Fairey 50' or a magnificent i14 from the days of their pomp and massively over canvased glory in the late 1970's when they had spinakers, Genoas and roaches even bigger than the flared jeans that we wore and you had to be bigger than a Finn sailor to crew.

But a Rouse III or IV is what keeps me awake wondering.
Michael Brigg
Top

I will confess my sleepiness nights come from owning that sort of 14 which I worry is now too primed and polished for me to want to,sail it. If someone were to come buy and offer me decent cash I would let it go. Hard to believe, but probably true. Having it down to such a high standard has somehow taken away some its attraction, and yet also,it beauty gives me joy. Am I making any sense?
Yellow Peril
Agamemnon
Lovely little Cadet
Manky old Wayfarer
Stealth
Xena Warrior Princess
Finn 469
Top

You are, but sail her anyway. Just get the first scratch out of the way, and then enjoy her like you always planned.
Rupert
Top

It was built to look special from 6 foot away (the distance your head is when trapezeing). As long as the transom is well polished that is all that the rest of us will ever see.
j./

Rupe is right, just go sailing and get the first knocks and scratches out the way and then you will feel better about it.

This has always been one of my main reasons for not wanting to go to overboard with my restorations. I like boats to be good enough to work and look nice enough, but if they are too polished'n'perfect I just get so scared about using them. There comes a point where I am waking up in the night with sweats worrying whether moving a fitting and drilling new holes is a act of historic vandalism. They can also, especially if over-varnished with a hard plastic varnish, end up looking somehow dishonest, like the mutton dressed as lamb.

But Agamemnon is a beautiful boat and you must get back in her and have the experience of sailing her before you decide what to do next with her/him.

Well, we certainly did enjoy our few sails in Blue Peter, Int 14 no 483, c. 1945, last year and look forward to more. In fact some new sails are on order since the boat didn't come with any and the ones I've used so far are not right for it. It won't be an enormous genoa since the fairlead is level with the thwart so it will be made to fit that. ( the genoa I was given from a later boat comes another 2' aft). It's not the toughest hull (understatement) and we, the helm and crew are nearly past our sell by dates too! So we will be looking to enjoy sailing the boat on the water rather than being off the water.
and yes it has got it's first scratch! ( now touched up) Being planked with 1" planks and nailed with about 7500 nails it did take up rather a lot last year so I need to rub down and add a couple of coats of varnish at least under the water line. So it is my dream boat still even if it is not self varnishing or as rugged as some.

Interestingly it seemed a bit less tippy than our merlin 507 but that has good rolled decks which easily keep the water on the outside! But 507 is still our favourite every day club boat and that now has many scratches and patches.
Top

I spent some time today bimbling with the Sprog, a neat little boat which cost me £56 plus collection costs, and will not cost me anything to fit out, since I can use stuff I already have. A real antidote to the highly polished woodwork.

I'm really keen to get the Sprog afloat and see how it goes, gehen the next project will be Aggies fit out. Back yo the nightmares!
Yellow Peril
Agamemnon
Lovely little Cadet
Manky old Wayfarer
Stealth
Xena Warrior Princess
Finn 469
Top

Contrast this with Aggamemnon's true Character, the captor, rather than captive!

Remember that as his mate, his ClytmNESStra, so to speak, it is your destiny (heaven forbid) to be his nemesis, ...with an Axe!! 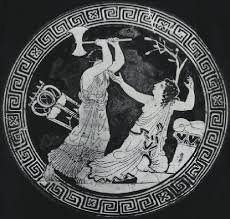 (Not just because of his appalling treatment of you (I have no doubt that Aggie will be a handful to control) but also because Clytemnestra herself took a lover while Aggie was away!

We have spoken before of Regicide, and if you must pursue your destiny and sell Aggie on or worse still keep him in a dry garage for the remainder of days, to become fit for nothing but firewood so to speak, then you must name your Sprog as Aegisthus
Michael Brigg
Top

Do you spend a long time on these posts, Michael, or does your classical education take care of it all?!

Made me smile, mind
Rupert
Top

Hi Nessa, same as Chris I have scratched my shiny 14, that's almost inevitable, but have very much enjoyed sailing last year, even though we tipped it in a couple of times (Chris is right about the side decks or lack of them!)

I will be bringing Maelstrom to hunts so we can compare notes, hopefully Chris will be there too? Be good to have 3 on the water, so get fitting out and join us...

Yes, planning to bring the old girl to Hunts. (the boat of course) Not sure if the sails will be ready. The following weekend is a 14 open at Rickmansworth by the way.
Top

We're hoping to collect Aggie from Hertford after the Dinghy Show and bring him/her home for fitting out. He/she will definitely be ready for Hunts. Whether or not Her Indoors will agree to crew is another matter.
Yellow Peril
Agamemnon
Lovely little Cadet
Manky old Wayfarer
Stealth
Xena Warrior Princess
Finn 469
Top

Just been in touch with my sail maker, Taking the boat over for measuring soon so sails will (hopefully) be ready for Hunts.
Top

It seems to be a common theme, restore a Inter 14, and mark it in one of the first outing. We certainly did with Sunrise (545), our first outing was Barts Bash, which we finished but had a small hole knocked through the skin. It is now repaired and I am hoping to sail her at Hunts in May, but she will probably look a bit shabby along side all the gleaming varnish, but she is a lot better than when we found her upside down in a garden quietly rotting away.
Looking forward to sailing against some other 14's
Mark
Top

At this rate I will be deciding to sail the Sprog.....

But seriously, it sounds like it could be a great meeting for 14s and perhaps a resurgence of them amongst the cvrda.