Unlike Landrover BAR my own (Honda Jazz BORE) does not have Squillions to keep it afloat. I introduce to you "Moonshadow" IC10 K203

Brigg's Other (Really?...) Extravagance, (BORE) is now hiding in the Dinghy prk waiting to be "Introduced" to SWIMBO. This will be a careful exercise more delicate even than the Anglo-Russian politics of introducing Chi Chi to An An. (Those who recall this event may remember that (like my own aquisition) they "didn't get on."

Like BAR however my (now) 2 boat campaign will probably be underprepared for the Worlds. The plan was that I would do all my training in Moonshadow after giving her a spit and polish, and save Torment for the main event, being a little fragile to put up with too much capsize drill in my preparation

It is time really that I "outed" myself and Ed in our World domination intent. With the next Worlds based in UK not likely until well after we collect our pension and new Hips, this years event in Pwllheli

...is Moonshadow...being cleaned up. The cover has responded well to treatment with "weed & Feed" and I hope a coat of new waterproofing will do well.
Any advise on what to do on the topsides. Lots of crazed Gel Coat here. Will probably need some Epoxy paint?

The Full set on the file is here...

I'm not sure there's very much you can usefully do to crazed gel coat on a polyester/monolithic glass boat without totally unreasonable amounts of work...
Top

I'm of the Ignore It school of thought on gelcoat crazing. Paint just seems to open up on the cracks, filling involves making things a lot worse first, and it seems to make no difference to the boat except visually.
Rupert
Top

trebor wrote:Easiest and unlikely to crack, vinyl wrap, easy to apply and with application of heat will follow complex shapes.

Now that does take me back to my rowing days. It was 1976 and GB after a period of time in the rowing doldrums had finally won a silver medal, rowing the prototype Carbon fibre reinforced Glass fibre/Wood composite boat from the now departed firm that was Carbocraft.

The boat was known as "The Carbon Tiger."

The only boat available to some now forgotten club crew of old heavies and Veterans was a soft wooden shell, so flexible that when laid on the ground, Bow and strokes riggers could be pushed down to touch the ground on either side of the boat simultaneously!

The shell was even more crazed, and being an old Cedar shell, split, that its prospects of staying afloat for more than a few metres were grim.

Do you remember this stuff?? 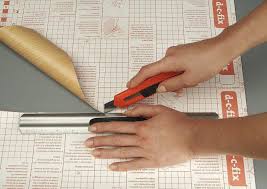 The whole VIII was carefully covered in the stuff and lasted a whole season, famously being named after its eponymous forerunner as "The Fablon Tiger!"
Michael Brigg
Top

Are you coming to the Worlds at Pwllheli?

Michael and I are both doing the IC Worlds in CVRDA boats. Mike's will be pretty original,(although reading this post, I am not sure which one he will be using: Torment or Moonshadow) mine is a Slurp design and was built in Sweden (S51)in 1970/71 to avoid the One-design rules introduced in 71. It was re-decked and modernised in 2008/09 with carbon rig.

If our experience, so far, is anything to go by, we will certainly be at the back of the fleet

If anybody wants to join us there, we might be able to find a boat....Would be an experience and at least you wouldn't be at the back of the fleet by yourself. 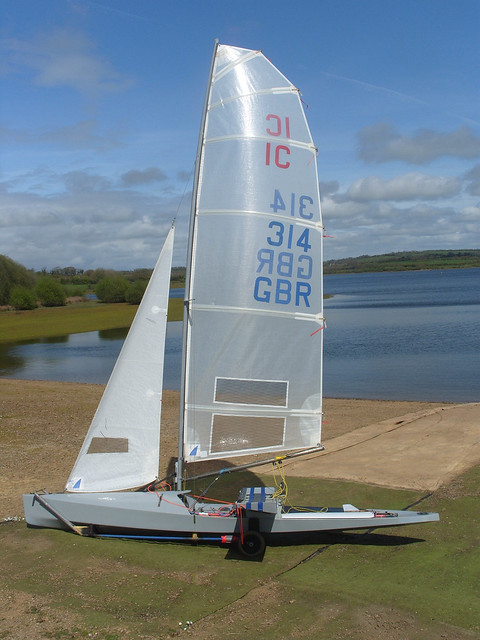 Looking forwards to seeing you at Pwllheli. I presume you are up for two weeks, starting with the Merlin Nats?

Good luck both... wasn't it the Duke of Plazatorro who led his campaign from the back? ( Gilbert & Sullivan)
Top

Was supposed to be sailing in Plymouth Harbour Regatta this w/end, but MOT run out, so trying to find a car instead.

I'll be on the on water safety team for the Worlds. Be sure to come say hello.
Tony