Here's the challenge. A little Bank holiday quiz perhaps. I'm sure Garry won't have a problem with this. We should of course be concentrating our efforts on tracking down Air Commodore MacDonald of 1948 Olympic fame! David I am sure will rap our wrists for time wasting!

What is this and who made it?

The clue is in the first and last verse and in working out the rythm of the meter.
Michael Brigg
Top

Not to spoil it too much but AIW LC JWY? Translated - cyrillic version available!
Top

Initially I'd say you're correct!

Of coures when it comes to having the last word on boating there's only one man who cuts the mustard. It has to be.... who else but!! 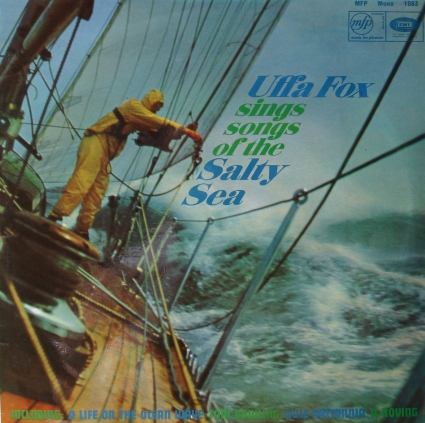 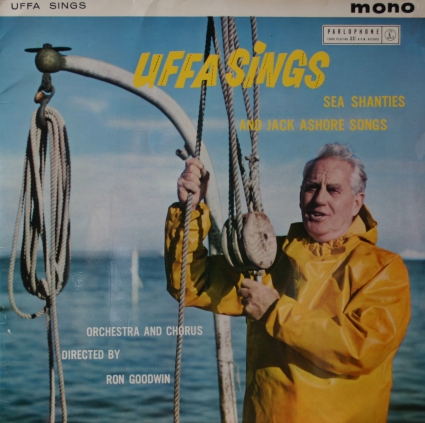 Uffa Sings
Uffa Fox was legendary and will be remembered not merely as a yachtsman and designer but as a writer, philosopher and character the likes of which will never be seen again. Less well known was his huge repertoire of sea shanties which he would sing whenever an opportunity arose. In 1959 he was persuaded by a major record company to record these at the famous Abbey Road studios with Ron Goodwin's orchestra and the Mike Sammes Singers. The resulting LP, here re-mastered to CD and cassette for the Royal National Lifeboat Institution, was an immediate hit. The tracks are:
1. A Life on the Ocean Wave
2. The Whaler
3. We be Three Poor Mariners
4. Heaving of the Lead
5. The Bay of Biscay
6. Tom Bowling
7. Heart of Oak
8. Australia
9. The Lass that Loves a Sailor
10. Tight Little Island
11. A-Roving
12. The Pilot
13. Spanish Ladies
14. Rule Britannia!
(The Booklet contains the words of all these sea shanties)

I am sure I don't need to suggest this years black must surely be a Peter Storm yellow smock with a chunky knit Submariner's roll neck and turned down wellies (black of course!)
Michael Brigg
Top