The day before suffered torrential rain, the day after was very wet and stormy too, but the CVRDA open event at Shearwater on the Longleat estate in Wiltshire found a gap in the weather and the fifteen boats sailing were treated to three races under a dry but overcast sky with light, perhaps fickle, winds. It was great to see a good turnout for this popular event with visitors coming from Suffolk, London, the Cotswolds, Bristol, Swindon and elsewhere. Not only were there several new faces (and boats of course) but it was very encouraging seeing five school-age people representing the next generation either crewing or helming. A Unit, a Marauder, and a Mercury represented the less familiar classes. 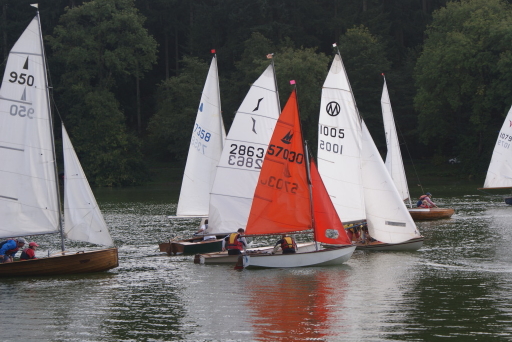 There were no Vintage Wing boats this time, but the Classic and Old Wings were equally represented. All boats raced together and a pattern developed of a few managing to get away and find some clean air, leaving a group striving to get clear from each other. The British Moth, sailed by Roger Witts in his first CVRDA event, made a good start and developed an unbeatable lead to become the overall winner. Rupert, in a borrowed Albacore, chased the Moth to be second. I was sailing Merlin 507 and lying third on the water in the first race with quite a gap behind, until I followed a breeze that led me straight into a hole and I had to watch as at least the next five or six boats reached the last mark ahead of me and crossed the line as I was still rounding the mark. On handicap I was well down the fleet for the first result. At least I didn’t make that mistake in the next two races which followed a similar pattern with a leading group getting well clear to make it to the finishing line. Average laps scoring was used, especially in the last race, as the wind was falling right away towards the end of the day. 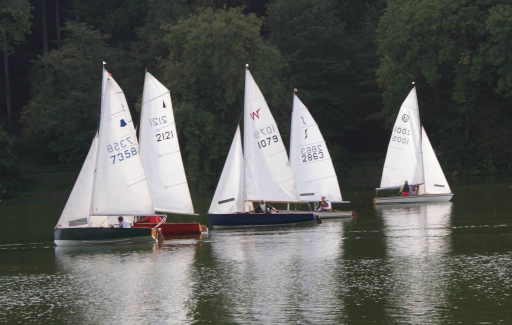 With no mishaps or gear failure – other than a lost bung flooding the tank of one boat causing a retirement, the day ended with a plentiful supply of tea and cakes before the prize giving took place.

The event did not count as part of the CVRDA travellers series.

Thank you to all the visitors and club members for coming to this small but beautiful location and making a very enjoyable day’s racing.