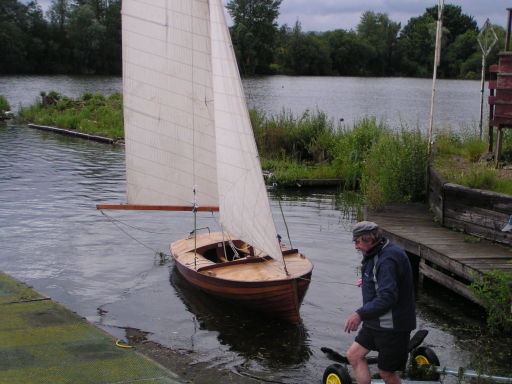 Wraysbury Lake Sailing Club hosted a special event to celebrate Jack Holt’s centenary on the weekend of 7th, 8th July 2012.
Wraysbury Lake S.C. was founded by Jack Holt and he sailed there with his wife. The story goes that she was not keen to crew the Merlin with him at Ranalagh and Wraysbury offered quieter sailing. He designed the Enterprise specifically for him and his wife to enjoy sailing there.

Many of the classes that Holt designed or built were represented. He was the original designer for the Merlins and dominated the fleet till Proctor became the leading name. His own Merlin “Gently” with which he dominated the National Championships for the first few years of the class has now been restored and was relaunched at Wraysbury Lake on the Sunday of this event.
See gallery for pictures.